Like everything else in life, music is constantly evolving. To prove this point one only needs to look at the history of music. At some point a stick was picked up and brought down again and again on a rock or a tree to form the very first rhythm. That behavior persisted for a very long time with minor tweaks to the beat and, eventually, a few new and equally crude instruments were added. But still, music, as it was back then, served its purpose and told a story.

Fast forward a few millennia to the 18th and 19th centuries and those crude instruments have evolved into much better, modernized instruments. Human understanding has even evolved so much that many new instruments have been added to the musician’s repertoire. With this arsenal of new instruments the world sees a new breed of master composer in the likes of Bach and Beethoven. Eventually Bach and Beethoven morph into Louis Armstrong and Benny Goodman, and the world is introduced to Big Band, jazz and the swing music era. Then the rockers arrived – Elvis and the Beatles, for starters – and a whole new musical era was formed. Music is moving from traditional piano, brass and string to a much more electrifying era.

These days the music industry is moving ahead with rapid speed. Music composition and music production are not the same as they were 50 years ago. Although sheet music is still an important part of the music composition process, the new musician has learned to use digital hardware and software systems to add a new twist. New genres have entered the picture – rock, heavy metal, disco, pop, and rap. Some styles have come to stay, while others music styles made their mark and drifted away, only to be reborn in a music loop.

The Music Loop: A Definition 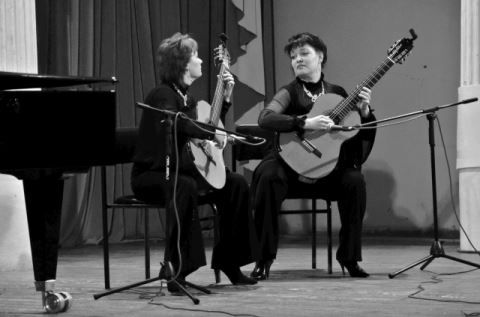 A music loop is usually a short section of sound that is repeated on a looped cycle. In the past, a music loop could be made with a small section of prerecorded music. These days the advancement of technology has allowed composers to digitally reproduce these sounds without using an actual musical instrument. This leaves many to wonder: Are music loops a form of cheating?

There is concern for the potential overuse of music loops in a song. The advances in technology allow producers to mix and remix the same loop within the song and as music loops becomes easier to download, some people in the music industry are crying, “Cheater!” Gone are the hours of live instrument sessions that were needed 30 years ago. The music loop can shorten or replace these hours. Once a producer has a few real-time instrument segments down, they can remix them or bring in a new loop to rework. Sounds easy, right? But it’s not. Using a musical loop is an art form: the newest musical evolution. It still takes time and creativity to find or create the right loop and then to remix that loop to fit into the musical composition that needs it.

The Truth About the Loop

So, while it is true that technology has taken music to the point where an entire song can be produced with by combining individual music loops, the best music producers understand that moderation is the key. These producers take the time to master the art of music loop manipulation. They know how to use a music loop in a way that not only makes a song, but in a way that makes a song better. The best producers don’t see the music loop as a way to eliminate the need for true musicians, but they see it as a way to enhance the musician’s total performance. No cheating involved. In fact, these days in the right hands, a music loop can be the difference between a good song and a chart-topper.

And don't forget the other kind of loop - the one's you create as you play live with a loop pedal like the Boss RC-30 - no one considers this cheating because it takes a lot of skill to do it well.

For many in the music industry music loops are not a matter of cheating. They are a matter of evolution. The fact is that all genres of music had a naysayer or two, but each of those genres went on to make a contribution to the evolution of music. Now, in this digital age, it is the music loop’s turn to make its mark.

This article was written by Matthew Trekovsky, who is a musician and loves experimenting with music loops.